Menu
Looking for a September 2023 school place? Arrange a visit to come and see what makes us so special

2022 marked the 200th anniversary of Farnham Royal School! It is incredible to know that the school has been around this long and is certainly one of the oldest schools in the area.  The school investigated and celebrated this magnificent landmark by burying a time capsule and linking this to the Queen's platinum jubilee celebrations. 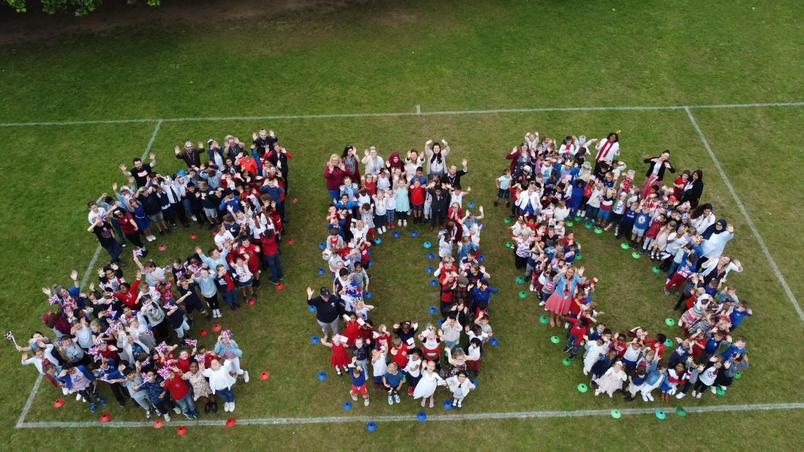 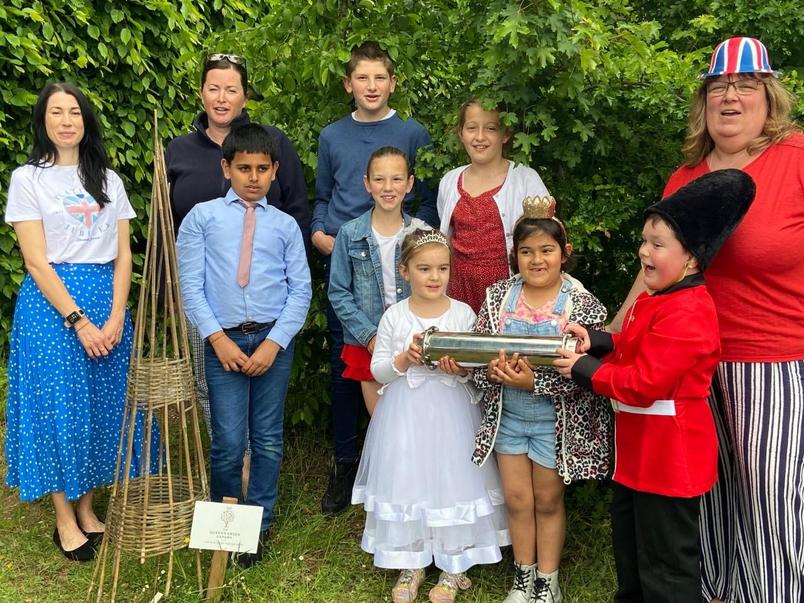 The original school in Farnham Royal was located on the main road through the village, almost opposite the Duke’s Head and was built in 1821. This served as the school for the children of the village up until 1875 when the building of the present school in Church Road was completed.  Diaries written by previous teachers and head teachers still remain in the school office and it is fascinating to read about the incidents that affected the school over the past few centuries. The records show that the Rector attended school very regularly to teach scriptures to the children.  Scripture was a dominant subject.  The Attendance Officer also visited together with the Schools Inspector and the school governors. 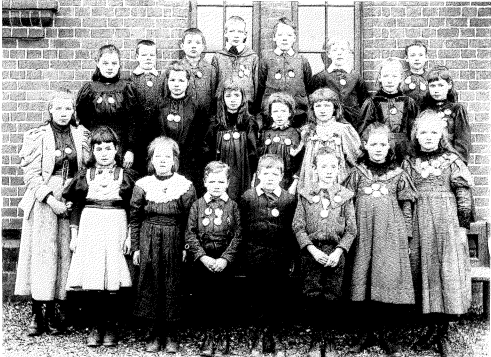 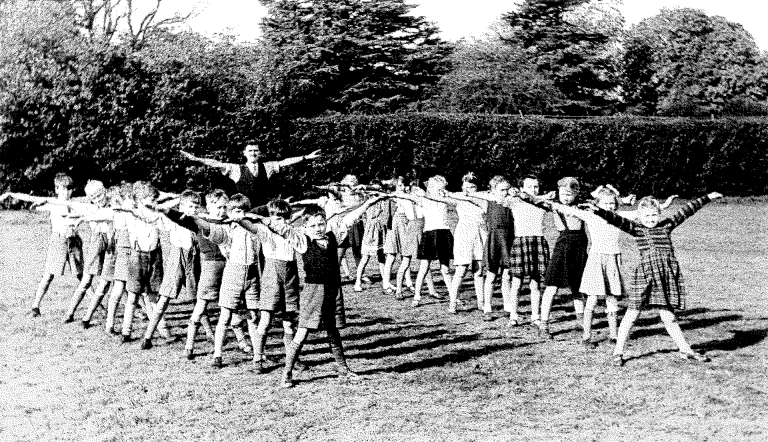 Lessons taught were recorded and songs and poems learned were also of great importance.  The social and economic problems of the time are also reflected in the records; the Shoe Club to help the poor, payment of fees to attend school, the gathering in of the harvest, the acute food shortage in 1917 and national pride in such events at Empire Day and the end of the First and Second World Wars. 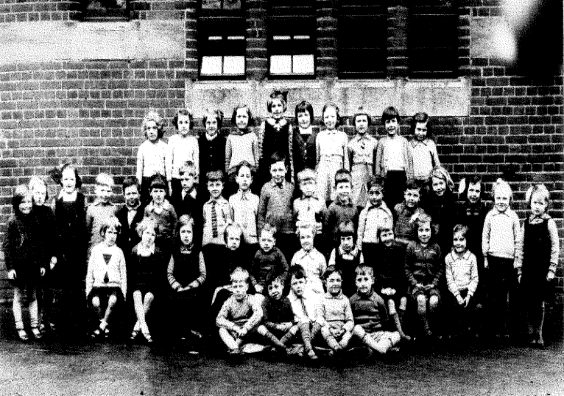 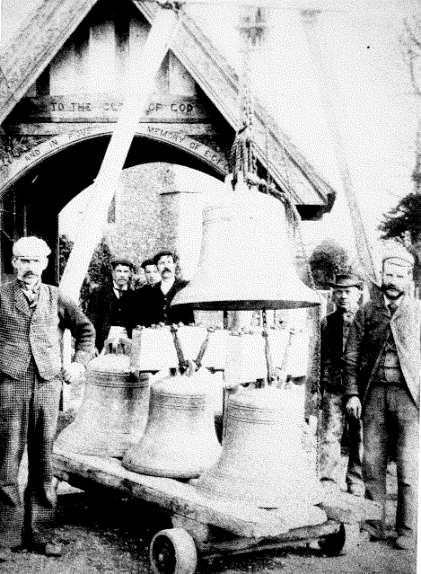 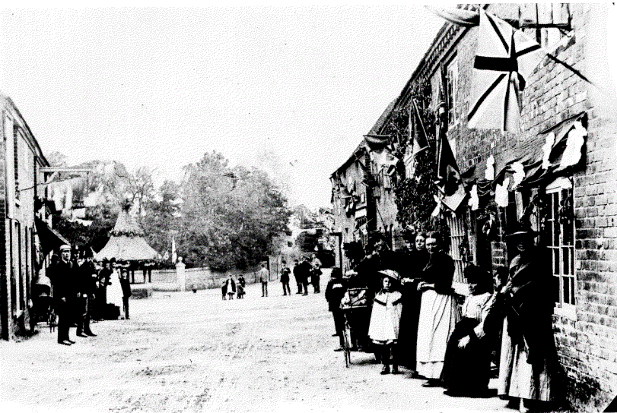 The records show how the children were entertained originally consisting of a ‘Treat’ or tea party at one of the large houses in the village, extending to trips to Burnham Beeches, day trips to London and even trips to the continent in the 1960’s.

Some notable entries taken from the diaries written by Head teachers of the past:

20th April 1835: Children dismissed at 11 o’clock to allow them to meet the hounds in a nearby field.”

11th May 1863: Boy punished for bad behaviour in church. Boy’s father complained that he had not been getting enough stick in school compared to that at home and he wanted this to improve.”

15th February 1865: Both classes very stupid and idle over their arithmetic.  If I could only get them to take an interest in these lessons and work hard I should have better hopes of them in other branches of learning.”

25th May 1867: Rev Marshall called to say that the children can have a treat next week in honour of the re-opening of our church.

11th January 1875: Took charge of the new school buildings.  Schools were opened by the Rev Marshall by prayer.  I find the children very backward indeed in their work, especially Numeration and Notation.  Their singing is very loud and they drawl their songs.  There is much to be done

19th June 1877: Had to punish 4 boys for getting over the wall in to the girl’s playground.

17th June 1887: Mr Charsley of Slough called and practised the National Anthem as the children will be singing it at the Queen’s Reception on Wednesday.  School closed for a week for Jubilee Holidays.

22nd December 1897: Measles still spreading throughout the school. School closed by order of the Medical Officer of Health for another fortnight.

24th January 1898: School re-opened after a month. 2 infant pupils died of measles during the holidays.

4th February 1901: No school this afternoon on account of the Queen’s burial at Windsor.

11th November 1918: At 12 o’clock Mr Hargreaves visited and informed the school that the Armistice had been signed.  There was great excitement.  We changed the lessons to singing, assembled by the flag and sang the national anthem. I gave the children extra play.

18th September 1939: Opening of school was postponed until today due to the war. Bucks children will attend from 9.00am -12.30pm and Government evacuees from 1.00pm – 4.30pm. St Peter’s School Hammersmith are sharing the school with us

20th November 1947: School on holiday to celebrate the wedding of Princess Elizabeth and Prince Phillip.

30th April 1966: A party of boys accompanied by the Headmaster visited Wembley Stadium for the International match between England and Germany.